Skip to content
McKee foods, a family-owned maker of cakes and cookies with such “Cosmic Snack” brands as Star Crunch, Cloud Cakes and Cosmic Cupcakes, has launched a promotion with Rancho Obi-Wan to give away a tour of Rancho during a trip for four to San Francisco as well as 12 different collectible Rancho Obi-Wan trading cards randomly packed in specially-marked boxes of Star Crunch.

Little Debbie has been a long-time supporter of Rancho Obi-Wan, providing annual donations and making sure guests have an assortment of Little Debbie snacks to choose from on the tour. The company came to Rancho Obi-Wan’s Steve Sansweet last year and suggested offering a trip as a prize. Shortly after, the idea of a small trading card set featuring items from Rancho’s vast collection was added. The promotion was approved by Lucasfilm Ltd. and The Walt Disney Co. and the work began.

From a list of about 50 Star Wars collectibles, the folks at Little Debbie narrowed the field down, with suggestions from Steve, to represent various types of items, eras and movies. Everything was approved late last year and the special Star Crunch boxes have started appearing in stores all over the U.S.

It’s easy to enter the sweepstakes for the trip. No purchase is necessary and you can enter once a day online. See details on the Little Debbie website. The last date to enter is May 31, 2017. Please read the rules carefully regarding age and location of entrant and other specifics.

The Grand Prize Winner will get a private tour for four people of the museum at Rancho Obi-Wan, home of the Guinness World Records certified largest collection of Star Wars memorabilia in the world. The Grand Prize includes coach round-trip air transportation for four; four nights at the Fairmont San Francisco Hotel and other amenities.

“We are very excited to be working with Little Debbie on this fun project, especially since the company has been a big supporter of the Star Wars fan community for several years,” says Sansweet. “It was also great fun to help create our own Rancho Obi-Wan collectibles!” 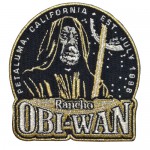 The Star Wars collector community knows no bounds. People collect everything from action figures to autographs, art prints to coins, but my favorite of all the collecting genre is patches. If you weren’t a patch collector before reading this, I hope that by the time you’re through you might want to snag your first. After all, patch traders are nothing without people to trade with. So what is it about patches? Well, it’s not just one thing, it’s many. END_OF_DOCUMENT_TOKEN_TO_BE_REPLACED

END_OF_DOCUMENT_TOKEN_TO_BE_REPLACED 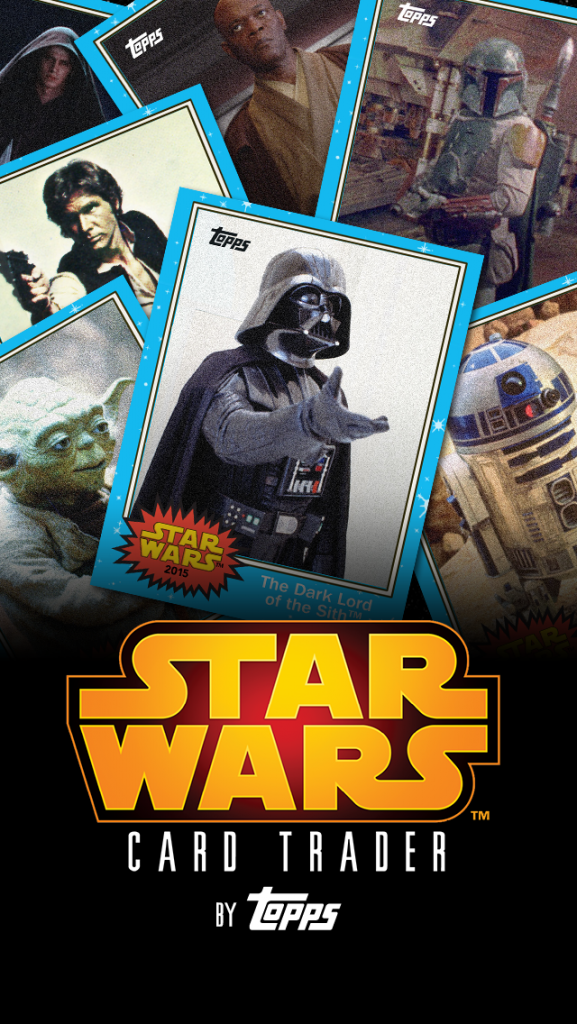 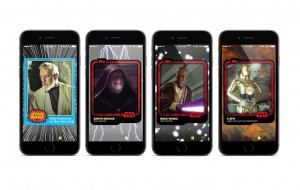 This is my Star Wars blog. You can read along with me in your book. You’ll know it is time to turn the page when you hear R2-D2 beep like this.

For anyone who had Read-Along Book and Records in the 1970s and 1980s, these words should be familiar. Distributed by Buena Vista Records (Disneyland Records), the titles ran the gamut from traditional children’s stories to Disney animation to some of the best geek films of the 1980s. They were an indelible part of my childhood, and I’m sure I wasn’t alone.

Surprisingly, some of them survived the years and became integral to my daughter’s life as well.

Zoey is 5. Since she was old enough to understand the stories presented to her, my daughter has been weaned on a diet of various geek pleasures: comics, Studio Ghibli films, cheesy 1980s animation, and of course Star Wars.

Despite having not seen the movies (bear with me), she’s a huge Star Wars fan. She can narrate the entire original trilogy, beat for beat. She’s dueled Darth Vader with lightsabers. She’s reading (and loving) the original Marvel comics run. Like many kids, she has a few picture book versions of the original trilogy, but what really fanned the flame of her imagination was rather unlikely.

At 3, she became obsessed with the Read-Along Adventures stories that I had ripped from my original, childhood vinyl copies. The stories played on infinite loop whenever we were in the car, and chief among her favorites was—are you ready?—Droid World. She might be the only kid in the world who equally equates Kligson and Han Solo with Star Wars!

Thankfully, her fascination didn’t end with Droid World: Star Wars, Empire, Jedi, Ewoks Join the Fight, Colors and Shapes…even Ewok Adventure and Planet of the Hoojibs. She adored them all.

It’s easy to write off these stories as cheesy imitations of the originals. The acting might not be the best; the stories might not be prize-worthy. But they were Zoey’s entry point into the Star Wars universe and genre fandom in general. They therefore have a special place of honor in our house.

Even though she had access to forms of media that provide more “instant gratification,” such as iPad apps and Netflix (both within limits), she kept returning to this somewhat old-school form of storytelling. It sparked her imagination in a way I never could have predicted.

I call it “old-school” and have often likened it to radio, but listening to these stories is really not much different from listening to an audiobook. And listening to stories read aloud has repeatedly been shown to strengthen creativity and support literacy in kids. Zoey has since become a huge fan of audiobooks in general and listens to them constantly. But no other story she’s listened to has stoked a fandom quite like Star Wars.

So, what is it about the Star Wars universe that endures? What is it that compels people to become such rabid fans? Beyond the obvious marketing juggernaut, why does this story continue to inspire a third generation of fans? I know that this is not a new question (nor one I have a solid answer for).

Our oldest myths and legends survived the millennia thanks to their ability to undergo continuous oral storytelling. They were relatively simple stories that conveyed timeless truths. They described the human experience in a way everyone could understand. So does Star Wars.

When you consider that George Lucas was inspired by some of these same timeless folktales, it should come as no surprise that the mythos of Star Wars could succeed on its own as a vital piece of the oral tradition.

I’m a little nervous to sit down and watch the movies with Zoey. Star Wars is firmly ingrained within her, but I’m reluctant to overrule the story she’s built up in her imagination with the concrete and “definitive” images, faces, and representations from the films.

In their own way, the Read-Aloud Adventures strip away not only the special effects but also the entire visual component of the films. When you listen to a story told aloud, your imagination is free to run wild. And if you’re like Zoey, who’s never even seen that source material? If you have no visual frame of reference at all? It’s pure magic. We should all be so fortunate.

Jamie Greene is a professional editor, educator, traveler, and GeekDad. He primarily works in educational publishing, developing textbooks and teacher resources. He also runs The Roarbots website, which focuses on awesome geeky stuff that happens to be kid-friendly. It’s also where he’s blogging a complete read-through of the entire 107-issue Marvel Star Wars run with his 5-year-old daughter. With two little ones and a vast Star Wars collection at home, he’s done the unthinkable: allowed them full access to most of his treasure from the past 30 years, opening and playing with whatever they want (pre-1983 items excluded). Jamie lives just outside Washington, DC, with his wife and aforementioned ragamuffins.