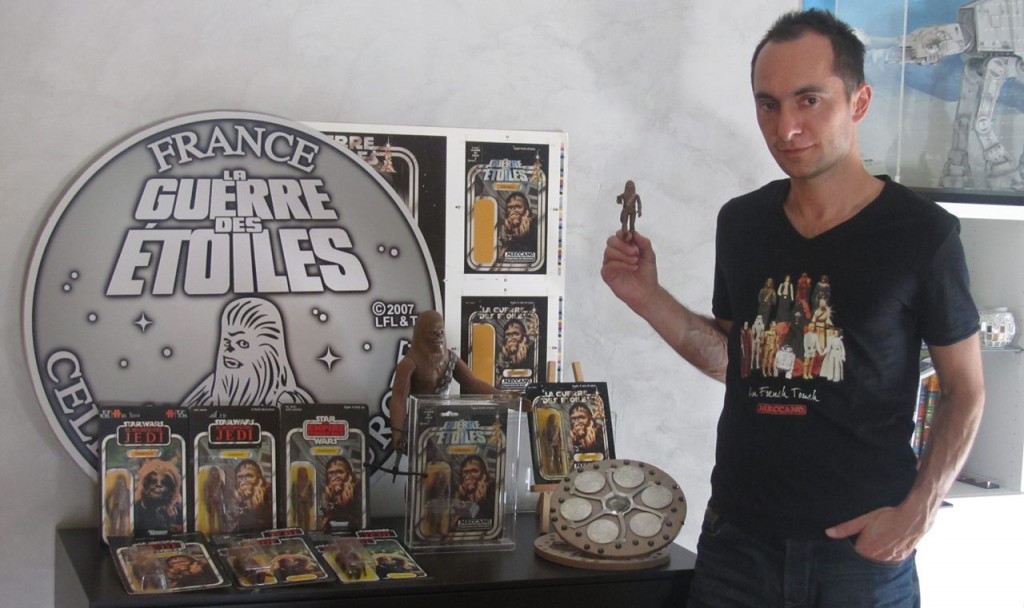 I was 5 years old in 1977, a bit too young (especially at that time) to see Star Wars in theaters – but like many 5-year-old boys, I was instantly hooked. When the toys hit the market I became the luckiest kid on earth when my parents bought me the complete set of 12 four-inch-tall action figures at the nearby superstore. Among these original figures, Chewbacca was my favorite – not because I had a preference for his role in the movie, but for the toy itself.

The Chewbacca action figure was quite different. He was taller than the other figures, very well detailed, had a neat weapon, and had the cool name “Chiktabba” or “Chiquetaba” (literally “Chew Tobacco” in French). At some point during 1980, my Chewie must have fallen out of the bag I kept my figures in, because I couldn’t find him anywhere. I was so disappointed that when my uncle asked me what I wanted for my birthday, I told him the only thing I wanted was Chewbacca – yes, just a single small action figure for my birthday.

When that day finally came my uncle brought me a large wrapped package which I knew right away was too big for an action figure. I was quite confused when I tore the gift paper off and found a 12-inch scale Chewbacca action figure doll. It wasn’t what I had asked for, but my uncle had found this Chewbacca, a much better gift than a tiny action figure! Although I never really played with it, I’ve grown quite fond of this large Chewie, which has remained in my collection ever since.

Oh, and I did manage to get a replacement small Chewie action figure, too. 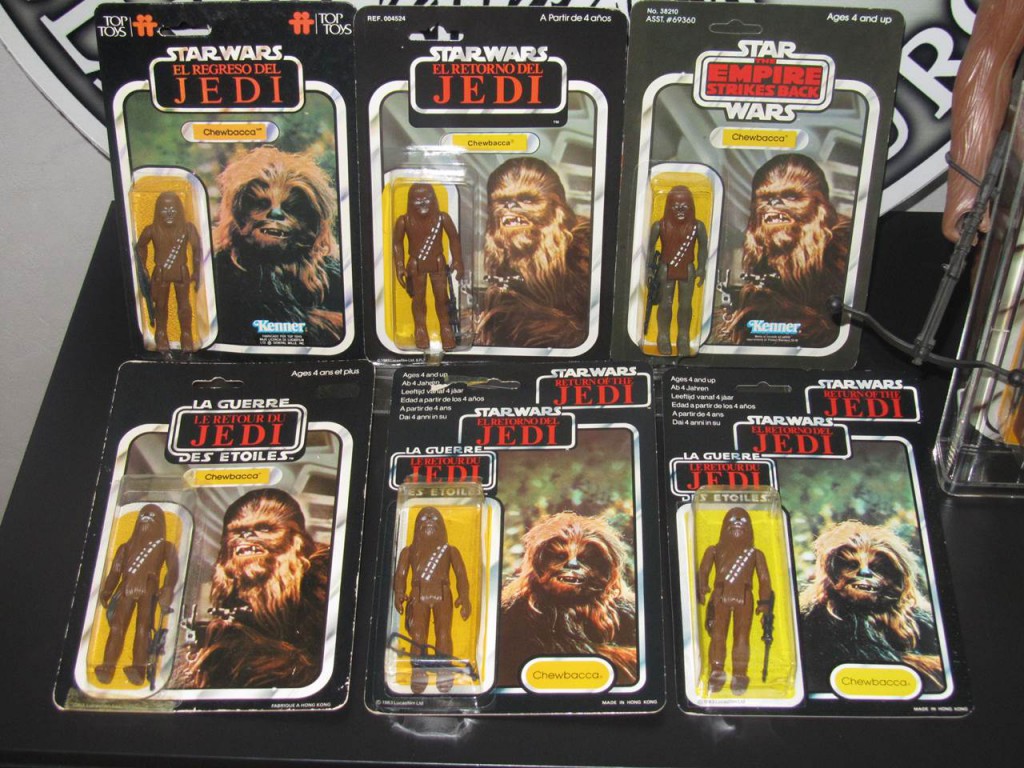 Even though I’ve been collecting for nearly two decades and don’t consider myself a “Chewbacca focus collector,” this action figure always meant something special. Each time I had to make a choice when buying a particular figure in its original packaging, I always picked Chewbacca when possible. As a result, I’ve been able to assemble various Chewbacca action figures over the years, representing different lines sold in various countries. It’s a great character which was available in many different packaging styles, with some challenging variants too.

Stephane Faucourt grew up in France in the 1970s and was part of the first generation of Star Wars fans. In the mid-1990s, he started to collect vintage Star Wars related toys and other merchandise that was marketed in France and across Europe between 1978 and 1986. In 2006, he wrote and published his first book, From Meccano to Trilogo, about the action figure toys released in France from 1978 to 1986. This was followed by La French Touch in 2013, which showcases Star Wars press coverage, merchandising and advertising from France during the original trilogy era.