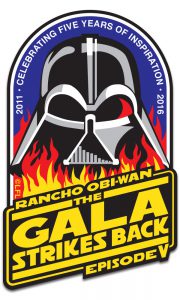 It’s been five years since Rancho Obi-Wan opened its doors to share the world’s largest Star Wars memorabilia collection with fellow fans. Our big fifth anniversary fundraiser, “The Gala Strikes Back,” will take place on Saturday, November 5th, 2016. You won’t want to miss it!

Rancho is a 100% fan-supported 501(c)(3) nonprofit and the all-important annual Gala is our most important fundraiser of the year—and a lot of fun to attend!
END_OF_DOCUMENT_TOKEN_TO_BE_REPLACED 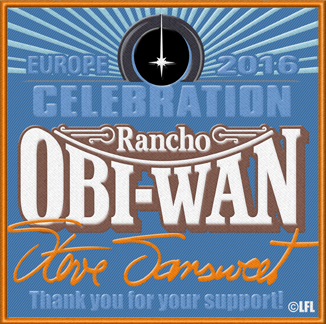 Steve will be attending Star Wars Celebration in London July 15-17! Keep an eye out for Steve as he has a super special patch in his backpack. They are £5 each and you can ONLY get this very limited patch from Steve in person at Celebration. Steve and everyone here at ROW appreciates your support! 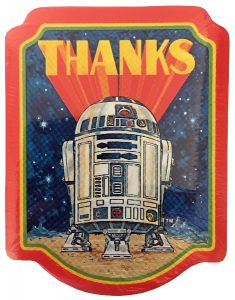 Thank you for your tremendous support and for sharing our posts and information on social media!

Together we raised more than $28,000 to help Rancho Obi-Wan in our spring fundraising campaign. Every dollar raised from 400+ donors and 20+ individual fundraisers supports our mission to inspire kids—and the kid in all of us—by sparking the imagination and creativity that makes Star Wars the worldwide phenomenon that it remains after nearly 40 years.

Your continuing support helps fund the operation of the museum including the preservation of collectibles and documentation for future generations, lets us give free educational tours to schools, allows us to donate tours to other charities for their own fundraisers, and helps support traveling exhibits of specially curated objects.
None of the funds raised goes to acquire or ship collectibles so we would also like to thank those who have recently donated pieces to the museum.

In the U.S., your donations are tax-deductible (check with your tax advisor), but the worldwide care and backing for our mission is priceless. This is our fifth year operating as a nonprofit and we continue booking tours and events, but we will always need your help to keep the lights on and our mission moving.
The Force is truly strong with you all!

Steve Sansweet, CEO
Anne Neumann, General Manager
Our Board of Directors and Staff

^ Thank you note by Drawing Board Greeting Cards circa 1977

In response to a number of inquiries, we wanted to let everyone know that Rancho Obi-Wan will not be exhibiting at Star Wars Celebration Europe this July. We hope those who are attending have a great time in London and that we will be able to see everyone in Orlando in 2017! In the meantime, if you’d like to visit Rancho Obi-Wan you can find membership and tour information here!

Last year’s build-up to The Force Awakens took us many places. We saw lots of old friends and met many new ones. Today we’d like to tell you all about what’s up this year–our fifth anniversary!

Thanks to your contributions and support, at the end of 2015 we added a large off-site working space to the museum.  We have hundreds of boxes to open and sort.  We will be sharing the treasures we find on social media, in the museum and in future books and exhibits.
END_OF_DOCUMENT_TOKEN_TO_BE_REPLACED 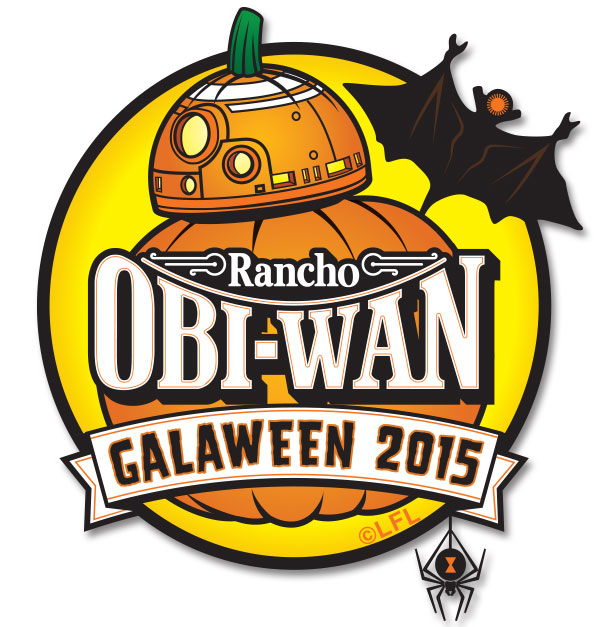 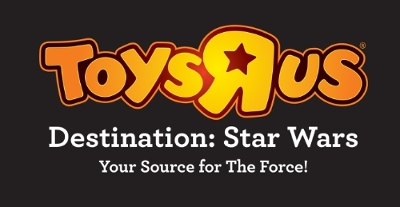 Rancho Obi-Wan has curated a display of dozens of carefully selected pieces of Star Wars memorabilia for Toys “R” Us that will go on display in connection with the chain’s epic Destination: Star Wars program worldwide, culminating in Midnight opening at 12:01 AM Sept. 4.
END_OF_DOCUMENT_TOKEN_TO_BE_REPLACED

The year’s not even half over, but already this has been an amazing one for Star Wars fans everywhere…and for Rancho Obi-Wan too. 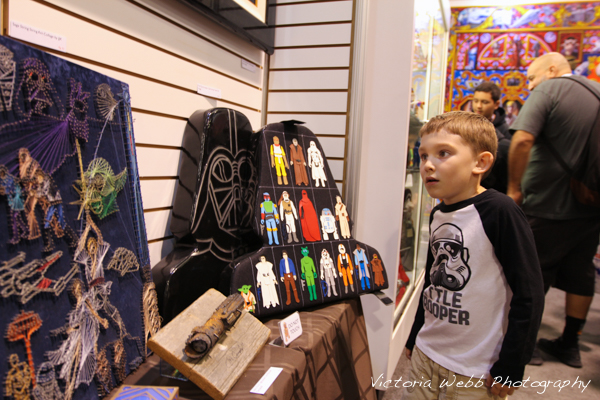 From April 16-19, we participated in the largest Star Wars Celebration event ever in Anaheim, California and had a record of about 6,000 fans come through The Rancho Obi-Wan Experience, our exhibition focused on fan-made art and artifacts showing the inspiration of The Force. We hosted the public debut of the world’s largest Star Wars oil painting, the magnificent 8-foot by 15-foot The 20th Century Space Opera by Robert Xavier Burden, and we have prints of the Light Side and Dark Side panels available exclusively in our member store.

We had four tours in a row following Celebration, all around 20 people each and mostly fans from outside the U.S. (and other U.S. states) who had attended Celebration. 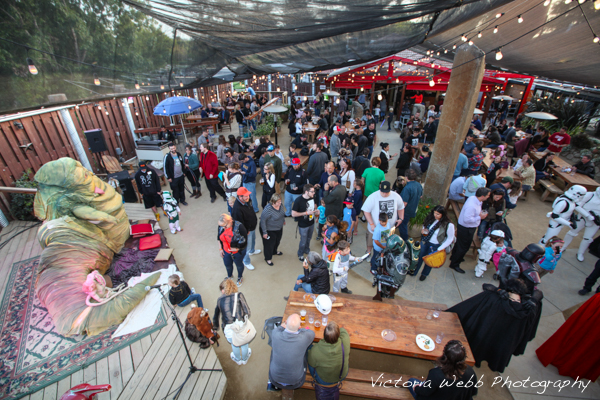 And we celebrated May the 4th in style with a fundraiser at the Lagunitas TapRoom and Beer Sanctuary in Petaluma with a capacity turnout of about 350 Star Wars fans of every age. We were aided by our “red-shirt” volunteers, and costumed members of the 501st Legion, Rebel Legion and Mandalorian Mercs. Thanks to them, the great folks at Lagunitas, and everyone who attended.

And now we’re going to take a bit of a breather as we shut down for a few weeks to re-energize ourselves, refresh the museum, and get ready for the lead-up to the Dec. 18th premiere of the much-awaited next Star Wars movie, The Force Awakens. Tours start again Friday June 19th. Hope to see you then! 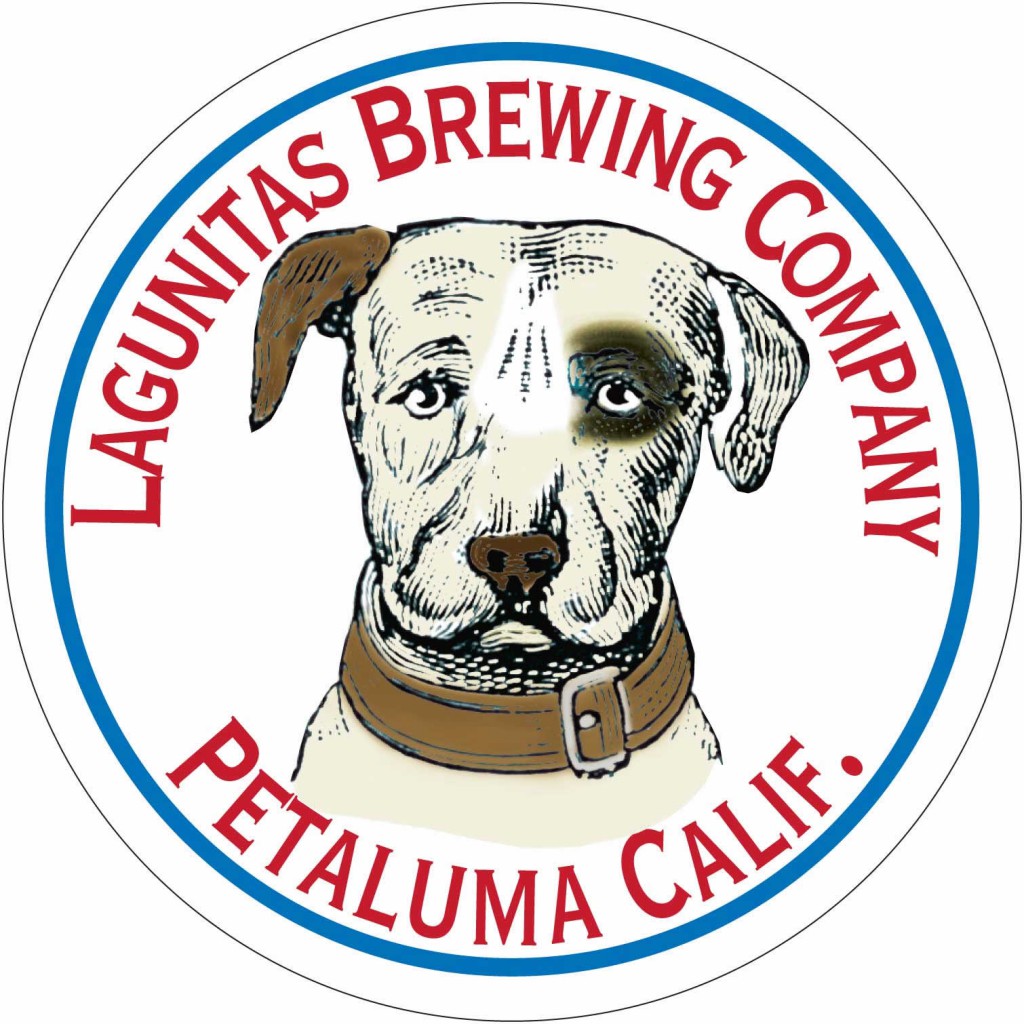 END_OF_DOCUMENT_TOKEN_TO_BE_REPLACED

The Rancho Obi-Wan online members-only store is now open for pre-orders of exciting new merchandise for pickup at The Rancho Obi-Wan Experience exhibit at Celebration Anaheim April 16-19. The ordering deadline for Celebration pickup is Friday, April 10, 9pm PST. All current members will be allowed entrance into the exhibit via a “lightspeed” entrance. There’s still time to buy a Rancho membership to permit advance purchases and special entry. Also, 2015 membership kits made to order will be available for purchase at the exhibit.
END_OF_DOCUMENT_TOKEN_TO_BE_REPLACED