A long time ago from an Indiana farmhouse really far away, I joined the Official Star Wars Fan Club. I remember being concerned that galactic deliveries wouldn’t find their way to our Rural Route address, but my Mom assured me that if it truly was the “Official” Star Wars fan club not to worry.

I would anxiously await for our mail to be delivered to see if anything had arrived for me. The first time I received mail with a return address including the words “Star Wars” I screamed out loud with joy and relief that my Mom was indeed right. They had found me. Repeat: They found me!

One of my favorite things was receiving Bantha Tracks, the official newsletter of the official club. I could hardly wait to see the pictures, interviews and pre-production news each issue held. I remember when editors started featuring the “Art Gallery’ with artwork of all kinds submitted by fans from all over the world. I had absolutely no artistic abilities (and still don’t) but I was determined to do my best to create something so fantastic that they’d have to include it in the newsletter! 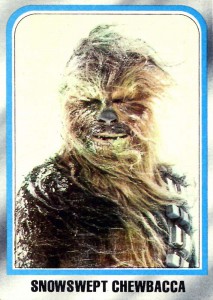 My quest began and I brainstormed in my room for days trying to decide what I could draw, sketch or color that could be good enough to warrant being chosen for Bantha Tracks. While going through my Topps The Empire Strikes Back trading cards suddenly one stood out: “Snowswept Chewbacca.” (Topps used “snowswept” as one word.)

Armed with a dime-store paint brush, a pack of eight water colors, a piece of construction paper and my Mom’s encouragement, I began to paint. I stood in our basement using our old freezer chest as a table and carefully created my heartfelt Wookiee masterpiece. My mom returned with an envelope addressed to Bantha Tracks. “Give your Chewbacca time to dry. We’ll mail him off tomorrow.”

Months went by. Each new issue of Bantha Tracks that came featured all types of great Star Wars fan art…but not mine. More time passed and my hopes were all but gone until the Fall of 1984. As I scanned through Issue number 26 of Bantha Tracks I saw a familiar face: Up in the corner of the art gallery was my painting! 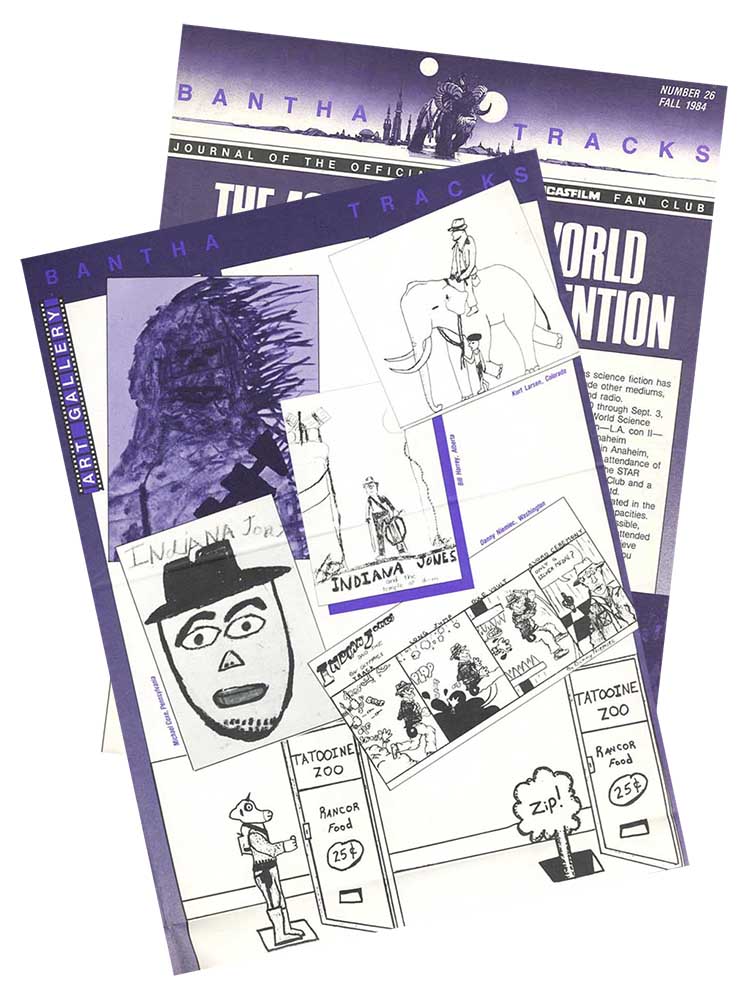 But my immediate joy soured when I realized that all the other pictures had artists’ names included. My heart sank as I called out to my mother. “Mom! I forgot to put my name on the back of my painting! My Chewbacca doesn’t have my name on it.” As tears came, I heard my Mom try to comfort me by telling me it was OK because I knew it was mine and that’s all that mattered. She was right, but I admit that over the years I’ve often thought of my Chewbacca painting and wondered how I could have possibly forgot to put my name on it. I felt like I’d sent a friend out into the world without a way home.

Cut to 30 years later. During a recent gathering of the Rancho Obi-Wan Board of Directors, we were all chatting before our meeting began. Somehow Bantha Tracks came up and the memory of my painting popped into my head. I muttered something like “You know, I had a painting featured in Bantha Tracks once, but I forgot to put my name on it.” Fellow friend and board member Pete Vilmur looked at me and said “What?! Have you ever mentioned that before or talked about that in an interview?” Steve then added that I should write about it for our ROW blog! It suddenly all hit me: memories, emotions and hope–hope that my painting and I could finally be reunited after all these years.

I realize it’s not pretty and for the most part, unrecognizable…but it’s mine. That’s MY “Snowswept Chewbacca” watercolor painting in the art gallery section of Bantha Tracks Number 26 from the Fall of 1984! I’ve been waiting 30 years to say that, so thank you for letting me share.

Owner of Parker Publicity, Consetta Parker is head of publicity and marketing for Rancho Obi-Wan. She has over 15 years combined experience in publicity and promotion and has represented a diverse list of clients from film, television, radio and charitable organizations. She has a true talent for “making things happen” in everything she does, whether it’s being a voice for those who cannot speak for themselves in her extensive work for various animal welfare organizations or promoting large studio films for Dreamworks and Warner Bros. Small but mighty, Consetta is a force to be reckoned with.