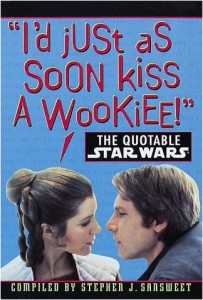 This story is about Steve Sansweet, his beard, and may include references from one of my favorite books “I’d Just As Soon Kiss A Wookiee!” Which, by the way, Steve wrote.

Before we get to “The Beard” I would like to start with a few of the highlights about Steve’s amazing life.

Born not so long ago in a galaxy much closer, the Wynnefield section of Philadelphia to be precise, Steve’s passion for writing and science fiction developed at an early age. By the time he turned six he knew he wanted to be an author. As a preteen one of his neighbors introduced him to The Science Fiction Book Club and his love for Sci-Fi was born.

After college Steve worked for the Philadelphia Inquirer, he served in the United States Air Force Reserve and then began working for the Wall Street Journal ultimately becoming their Los Angeles Bureau Chief. 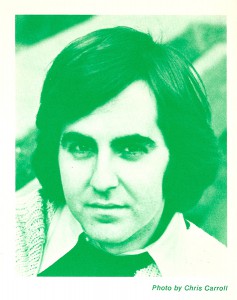 Steve’s journalism career has a rich history that includes an amazing body of work. He’s written close to twenty books with the majority of them focused on Star Wars. His first book was about aversion therapy that included a magnificent photo taken by Chris Carroll of Steve sans-beard, circa 1975, that is pretty sweet.

Steve also lectured and created a course on business journalism at the University of Southern California in the 1980’s. If I remember correctly I believe several famous directors also attended USC including “The Maker” George Walton Lucas, “Don’t Call Me” Jr.

In addition to his prolific career as a journalist, author and editor Steve is quite well known for his work at LucasFilm where for fifteen years he served as Director of Content Management and Head of Fan Relations before becoming President and CEO of Rancho Obi-Wan.

ROW, for short, “is a California Nonprofit Public Benefit Corporation whose specific purpose is to serve the public through the collection, conservation, exhibition and interpretation of Star Wars memorabilia and artifacts, using the collection to provide meaningful educational, aesthetic, intellectual and cultural experiences for a wide array of audiences and to carry out other charitable and educational activities associated with this goal.”

I really wish I had written that last paragraph but for those of you who have clicked on the about section of our site will know that those words comprise our mission statement and is at the core of what we strive to do everyday. Rancho Obi-Wan was also just recently recognized by the Guinness Book of World Records for being the largest collection of Star Wars memorabilia on the planet.

Steve is the perfect ambassador for Star Wars. He has shared his love of the saga, collecting, and the fans at hundreds of conventions, books signings, 50 hours of QVC, and various television appearances. As an accomplished author and journalist Steve continues to translate the Star Wars journey we are all on into relatable and enriching experiences that from a “certain point of view” bind the galaxy of fans together. If you’ve seen Steve dressed as an Ewok in person you have witnessed for yourself how genuine that passion truly is. 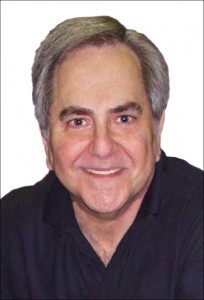 Steve had done all of this while sporting his amazing trademark beard. When he shaved his beard completely off for a period of time a few years ago it created quite a stir with Star Wars Fans. More specifically it created quite a tremor in the Force. Steve’s voice and image has become ingrained with Star Wars fans all over the world so much so that when something changes we “fans” notice. After all we’ve created custom Steve action figures, posters, trading cards and countless other items in his likeness as a tribute to him. 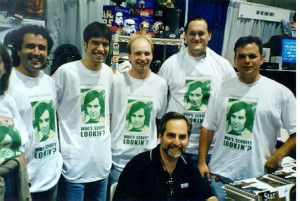 In 1998 one such tribute took place during San Diego Comic Con as artists Chris Trevas, Chris Reiff and I embarked on a journey to create a limited run of ten shirts for a signing Steve was doing at the show for his recently released “Star Wars Scrapbook.”

The genesis of our idea came from the photo Chris Carroll took of a non-scruffy looking Steve that I referenced earlier. For the most part fans only knew Steve with his beard and we thought it would be a nice treat for everyone if we made shirts sporting the photo that a group of us would wear during the signing.

David Blanchard, Gus Lopez, Pamela Green, Duncan Jenkins, Chris Reiff, Chris Trevas and I showed up wearing the shirts. It goes without saying Steve was caught off guard and was clearly surprised. 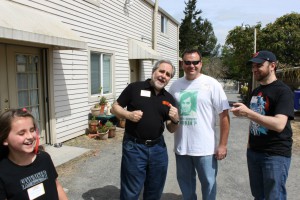 Now I take the opportunity whenever I can to wear it. The last time was at the Rancho Obi-Wan May the 4th event this year where a group of lucky Star Wars fans who had taken part in a special fund raising event were given a special tour, gift bag and also watched “A New Hope” with Steve.

Bearded or not, Steve has and continues to ensure that our collective passion for Star Wars, collecting, and more importantly, for each other is on display everyday at Rancho Obi-Wan or wherever he may be. It was truly that sentiment that prompted me to write this story and what I wanted to share about my friend and mentor as he celebrates his birthday.

Happy Birthday Steve, May The Force Be With You!

You can join me and be part of Rancho Obi-Wan history by taking a moment to wish Steve the happiest of birthdays by sending a tweet to @RanchoObiWan or leave a note on one of his two pages on facebook: Rancho Obi-Wan or Steve Sansweet.