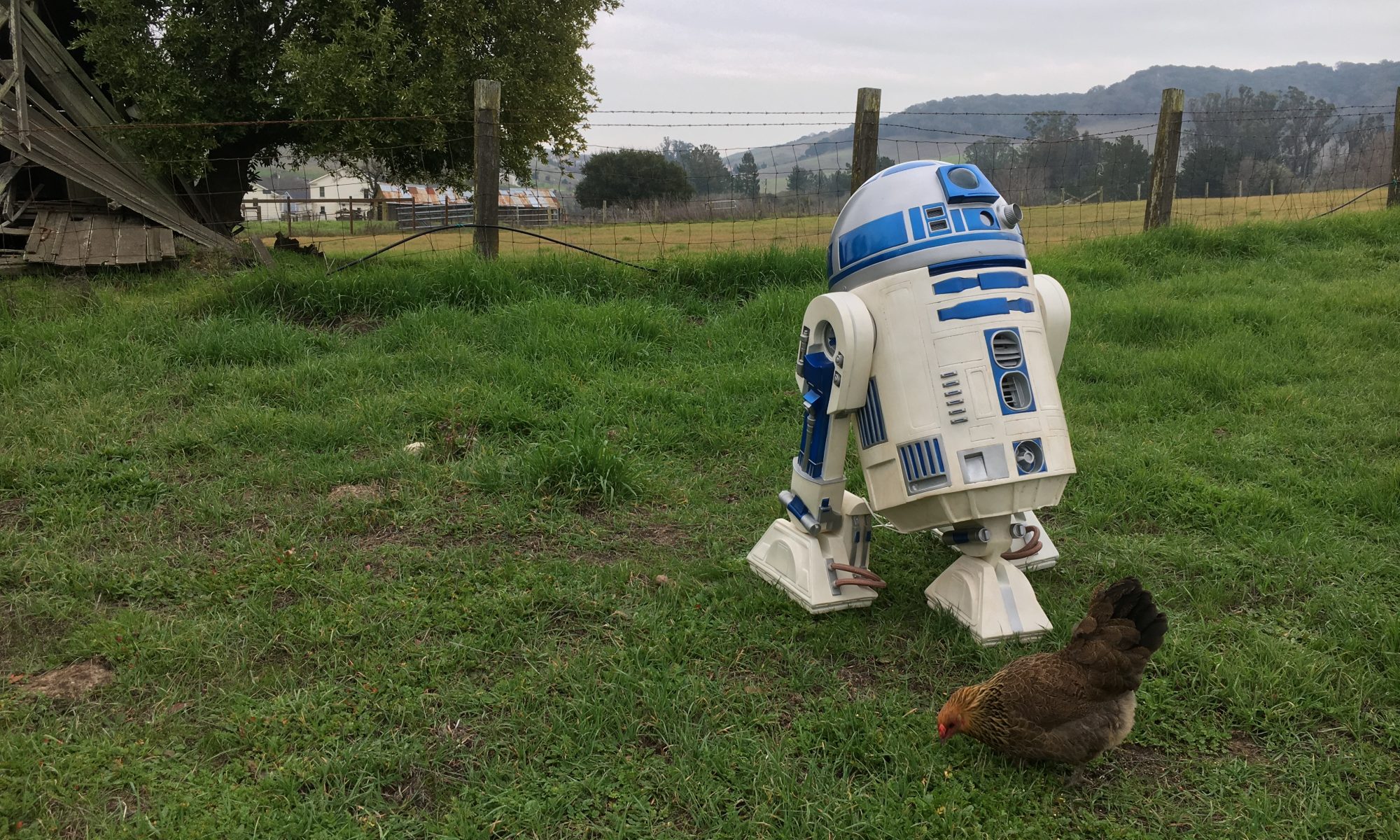 Rancho Obi-Wan is a small, independent museum housing the world’s largest Star Wars memorabilia collection. It has been amassed since 1976 by super-collector, author, and fan-ambassador Steve Sansweet. We are located in rural Sonoma county just outside Petaluma, California. The 9,000-square-foot (828 m²) museum building was once home to as many as 20,000 chickens during Petaluma’s egg-producing heyday.

Rancho Obi-Wan was originally founded in 1998 after Steve moved from Los Angeles to become Director of Content Management and Head of Fan Relations at Lucasfilm. The first “Rancho Obi-Wan” was one of three old hen houses on the property. After an extensive renovation, Steve had space to display his collection with room to grow. During this time, Steve showed his collection only to friends and colleagues.

Steve retired from Lucasfilm as a full-time employee in April, 2011. By that time, after three new movies, eight Star Wars Celebration conventions and The Clone Wars animated series, the collection had outgrown its original space. An expansion project added a second hen house into the museum, and reorganized the entire collection into a space that could be shared with fellow fans and collectors from around the world.

In October, 2011, Rancho Obi-Wan, Inc., was established as a California not-for-profit public benefit corporation to manage the collection. As a publicly supported, federally recognized charity, Rancho Obi-Wan’s mission is to inspire! Star Wars has transformed our own lives. We hope to further inspire others by giving guided tours of the private collection in Petaluma, traveling to conventions with carefully curated displays, supporting other organizations in their charitable efforts, and reaching out to children and adults of all ages.